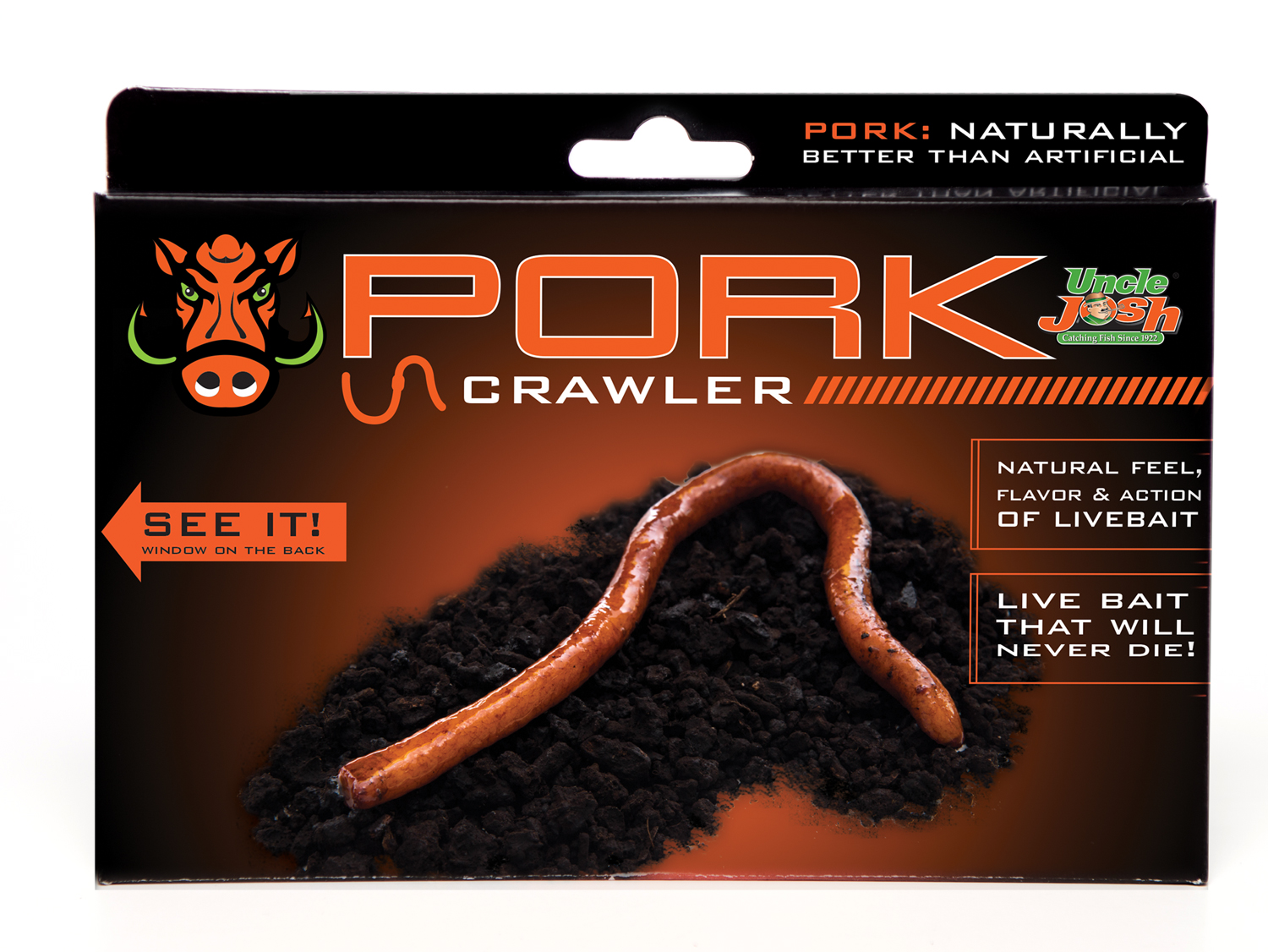 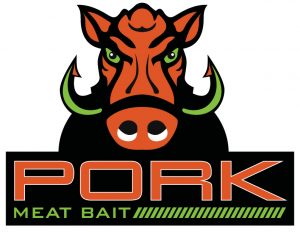 It’s not every day an ad agency gets the opportunity to reinvent a brand that has stood the test of time since 1921- but that’s just what was asked of Bast-Durbin Advertising when Hard and Soft Fishing (H&S) came to them for help.

“One of the many brands H&S owns is Uncle Josh,” said Dan Durbin.  “We all remember those little jars of pork baits dad had in his tackle box.  It worked well then and it STILL works well now- but the company had revamped pork into an entirely new product.  The updated PORK product was different than traditional pork baits in that it came off the hook easier, and it floated.” 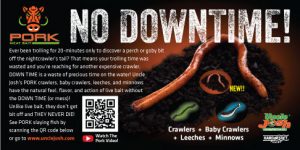 The flagship of the new PORK baits is their PORK crawler, designed by legendary walleye champion, Tom Kemos.  The product looks and acts just like live bait- but it doesn’t come off the hook like live bait, which meant anglers could fish longer and catch more- and have less downtime.
“This was a real innovative creation and it needed to be presented in innovative packaging, print ads, and television commercials,” Durbin said.  “We decided the new PORK baits should be packaged in an slim, attractive, 4-color box- something the industry had never seen before.  It made the baits totally stand out in the retail isles from the standard plastic worm bags the rest of the industry used.”

The company drastically increased their ad budget, focusing on several regional publications to help drive customers to their dealer base.  They also became anchor sponsors of Fishing With Joe Bucher and John Gillespie’s Waters and Woods television programs.
“The shows offered a one-two punch that OWNED most Midwest cable fishing blocks and were still visible nationally,” Durbin said.  “We made sure that the buyers at all the Big Box and Mom and Pop stores knew what the topics were for each program, so they knew what they needed to have in stock.  Sure, you can run spots, but if the vendors don’t have product, all you did was waste your time.”

The combination of print, television, social media, and new packaging inspired sales increases that went as high as 1500-percent for some retailers. People were now talking about PORK again and product was flying off the shelves.  In fact, the buzz from consumers was so strong that Uncle Josh products found their way back on the shelf in certain store chains that hadn’t carried the time-tested brand in the past. Bast-Durbin had successfully coordinated the rebranding of PORK and the effort paid off for consumers, retailers and Hard & Soft Fishing.